Current Information on the Oil-Fired Power Plant in Birr

On this page, climate strike provides information on current occasions and events, as well as on the facts related to the oil-fired power plant under construction. All information without guarantee.

If you discover any errors in the translation, please report them to contact@climatestrike.ch.

Climate Strike organises regular protests and information events on the oil power plant in Birr. On this page we keep you up to date.

We list the most important facts and information about the oil power plant in Birr. These can always be adapted as more precise information becomes available.

What is Being Built in Birr and Why

The Swiss Confederation is currently having a power plant built on the General Electric (GE) site in Birr. The plant will run on oil or gas. The power plant is to be ready by mid-February 2023 and has been approved until spring 2026. The deadline for objections has already expired.

Although there are other solutions, the federal government is currently having a power plant built in Birr. This should be used if too little electricity is produced. In principle, the power plant can be operated with oil, gas or hydrogen. However, since gas will be scarce this winter and hydrogen is not available in such quantities, the power plant will most likely be run on fuel oil. This is why the term "oil-fired power plant" is used in the following.

General Electric is placing eight TM 2500 mobile oil-fired power plants in the former car park next to the General Electric plant just outside Birr railway station. These have a total capacity of 250 MW. In addition, three more oil tanks will be added, making a total of eleven oil tanks available. Transformers and water tanks also have to be built. In addition, the gas connection must be extended. On the opposite side of the central road, the oil and water tanks will be joined together.

Construction work began at the end of September. As of the end of October, three cranes are on the site. The first turbines for the power plants should arrive in Birr at the end of November or beginning of December. They will be transported by ship via Koper, Slovenia, to Rotterdam, the Netherlands. From there they will also be taken by ship across the Rhine to Switzerland. In Switzerland, probably in Basel, they will be loaded onto articulated lorries. Five trucks are needed per turbine8. According to the manufacturer, these power plants can be assembled and put into operation within 11 days9. Test operations should then begin in January, so that the power plants will be ready for operation from mid-February.

The Federal Council issued a new ordinance on the Birr power plant on 23 September10. An ordinance can be amended or created by the Federal Council itself and does not require the approval of parliament. Numerous laws and ordinances are thereby suspended, including the noise protection and clean air ordinances.

The objection procedure against the power plants lasted only one week and has no suspensive effect, which means that construction work will continue anyway. There were two objections. After the expected rejection by the federal government, the complainants have only five days to appeal against the decision to the Federal Administrative Court. The court's decision is final and cannot be appealed.

The power plants become as loud as a hoover, which is always roaring - even at night.

In the nearby settlement to the power plant, it can get up to 74 decibels loud. This is about as loud as a hoover. For a few minutes this is bearable, but the power plant can run for hours or days. Then this noise becomes unbearable: you can no longer concentrate or sleep.

The pollutants pose a significant risk to the elderly and those in poor health in Birr. Children from the nearby school will also breathe air that is harmful to their health. Nature conservation areas around Birr are threatened.

When oil or gas is burned, harmful pollutants are released. Within 24 hours, gas emits 2.8 tonnes of nitrogen oxides (NOx ) and oil even 4.8 tonnes. In addition, carbon monoxide (CO) is produced, 6.64 tonnes for gas and 2.8 tonnes for oil in 24 hours. These clearly exceed the requirements of the Swiss Air Pollution Control Ordinance.

The Lung League lists the following effects of nitrogen oxides at1 :

According to the Lung League2 , carbon monoxide can cause "temporary or permanent damage to various organs".

Both nitrogen oxides and carbon monoxide are precursors for ozone. The Lung League lists the following effects of ozone at3 :

Ozone also damages plants and ecosystems4 . This damages trees, but also the yield from agricultural crops5 .

The Power Plant Destroys our Livelihood

residents of Zurich in the same period.

Burning oil or gas produces the greenhouse gas CO2, which is harmful to the climate. This heats up our atmosphere and causes the climate crisis. The climate crisis has life-threatening consequences for all of us. In the summer of 2022, we all felt the heat. The Aare, which flows through near Birr, heated up so much that countless fish died.

Each person in Switzerland consumed an average of four tonnes of CO2 in 2020. This is around 11 kg of CO2 in one day6. The power plant therefore emits the same amount of CO2 as around 436,723 people when it runs on oil. The resident population of the city of Zurich in 2021 was 436,332 people7. If the power plant is operated with gas, it would emit more CO2 emissions than the second largest Swiss city, Geneva, and about as many as all the inhabitants of the canton of Fribourg together.

We do not Need Oil-Fired Power Plants

There are numerous cheaper, quieter and less harmful alternatives to building oil-fired power plants. Wind turbines provide reliable electricity in the winter months13. Solar panels also need to be installed quickly on sealed surfaces such as dams in the Alps. In addition, large consumers of electricity must save much more electricity.

Instead of oil-fired power plants, other measures are needed that do not cause climate-damaging emissions, do not make people sick, cause little to no noise and probably cost less:

Climate strike has also worked out a plan for the energy transition with experts and scientists: https://climatestrike.ch/posts/cap-5-energy-supply-executive-summary.

The costs for the entire term are set at 470 million Swiss francs11. In the process, General Electrics is making a large profit, although this money could have been put to much better use.

The federal government estimates the total cost of the power plant at 470 million. It is not clear whether the costs for the procurement of gas and oil have already been included.

Last year, the total subsidy for photovoltaics also amounted to 470 million Swiss francs12, except that plants with a capacity of over 1000 MW were built, four times the capacity of Birr.

Are you from Birr or the surrounding area and are against oil-fired power plants? Then fight back together with climate strike. Together we organise protests or information events and draw attention to this injustice. Write us an email to the following address: contact@climatestrike.ch 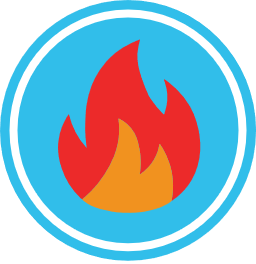 Who is Climate Strike?

Climate strike is a movement that has been around since 2018. We want to stop the consumption of coal, natural gas and oil. These heat up our earth and destroy our livelihood. We are committed to an ecological and social society. We are independent of political parties and the majority of us are young people. But people of all ages come to our events.

Learn more About the Energy Crisis

We report a lot about the energy crisis and show what needs to be done. It is not only burning in Birr, so a holistic view of the current situation is important.